Our July exhibition of the month, we look at the establishment of the Coloured College in 1952

CP Nel Museum > Uncategorized > Our July exhibition of the month, we look at the establishment of the Coloured College in 1952

ESTABLISHMENT OF A COLLEGE BUILDING AND HOSTEL:
Although initially in the annexe of the N.G. De Villiers Primary School began training student teachers, and in 1953 moved to the storage building (now Protea Primer), the rapid growth of students soon necessitated the construction of an efficient college building and a spacious hostel. The building of the college started in January 1964.The college was available for commissioning in January and the hostel in July 1966.
NAME OF THE COLLEGE: Since its inception, the institution has been known as the Coloured Training College, Bridgton, Oudtshoorn, but as it is a much wider area than just the Bridgton neighborhood served, it was decided to change the name and omit the first part of the old name, as it does not need emphasis. Currently the college is known as the College of Education Southern Cape (The word training college is no longer used)
Pictures include the first emblem of the college in 1953, the last emblem in 1996, blazers of the students, and the ruby jersey. 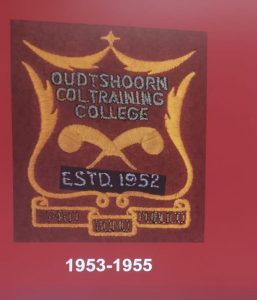 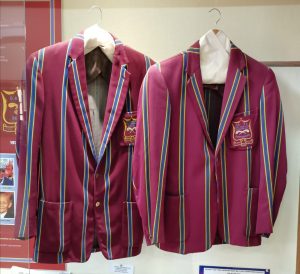 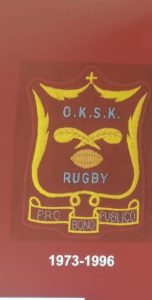