The Le Roux Townhouse which now forms part of the CP Nel Museum, was built in 1909 when Oudtshoorn was in the midst of the second Ostrich Feather Boom(1900 – 1914).
It was designed as a town house by Charles Bullock, well-known architect of “feather palaces” in Oudtshoorn for the Le Roux family of the Bakenskraal. It is a striking building on the corner with its beautifully dressed thick sandstone walls and typical Art Nouveau features.
The three Le Roux children were co-heirs of the townhouse on the death of their father in 1947. In 1961, after the death of her husband, Rose van Niekerk née Le Roux bought the house from her siblings and lived there until her death in 1977.
The Board of Trustees of the CP Nel Museum bought the house from Rosé’s daughter, Ada, in 1979. On the 22th February 1980 the house was declared a National Monument- now a Provincial Heritage site. 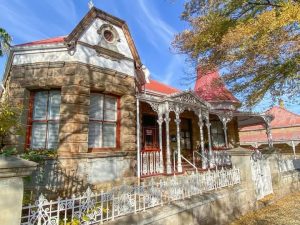 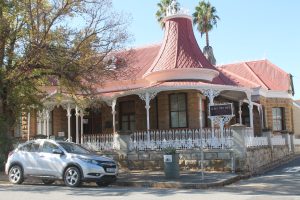 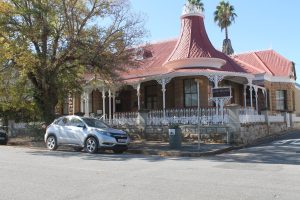 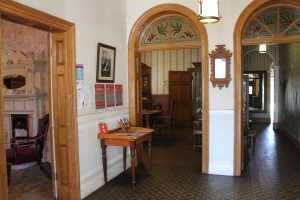 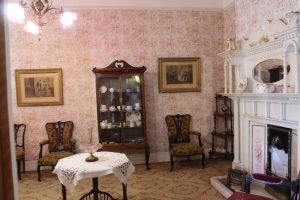 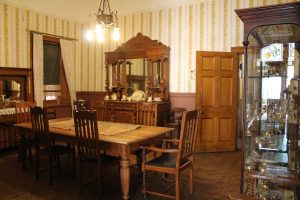 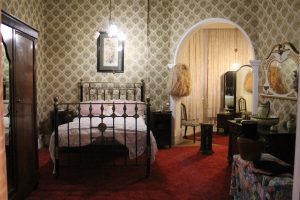 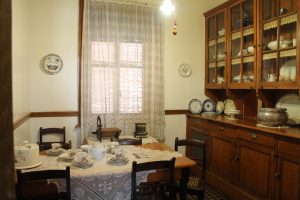 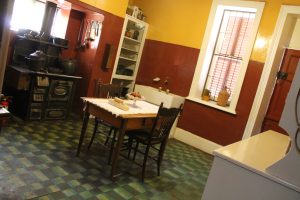 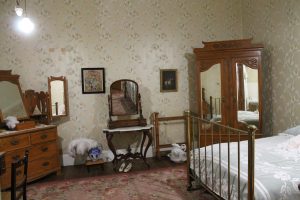 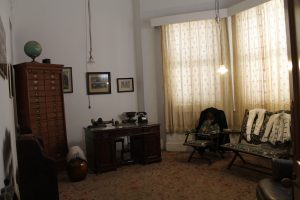 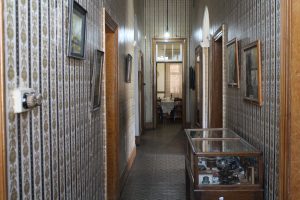